Enabling only the “links*” and “format*” richtext features, we catch ourselves repeating lines of code by copying and pasting the entire block of code for all of our Touch UI dialogues that require the richtext requirement. This works, but this is Write Everything Twice, “WET” code, and it’s not good implementation; this can be improved. What happens if there is a new requirement where the authors would like a new capability to the richtext field? Will we have to edit multiple dialogues? (like editing 20 component’s dialogues) The short answer is Yes. With this “WET” implementation, you must edit every single component’s dialogue configuration.

How can we do this better? How keep our code Don’t Repeat Yourself (DRY)?

In this section, code will be shared on how this configuration can be applied to your own AEM implementation. The example produced will be a summary of the diagram from above.

We will be creating a common richtext Granite UI configuration which will be referenced by a example component.

We typically place the common Granite UI component configurations for “content TouchUI” in the JCR under a namespaced project, for example: /apps/sourcedcodeaem/components/dialogs/content/common.

In the screenshot below, you will notice that there are already 3 folders that I have created.

2. Create and configure the common Granite UI component configurations, under the “fields” structure

3. From the targeted component, include the common Granite UI config

Together with line:32,38,42 the common richtext component will be setup and ready to be used.

Now we have successfully referenced an AEM component to the common Touch UI dialogue field. 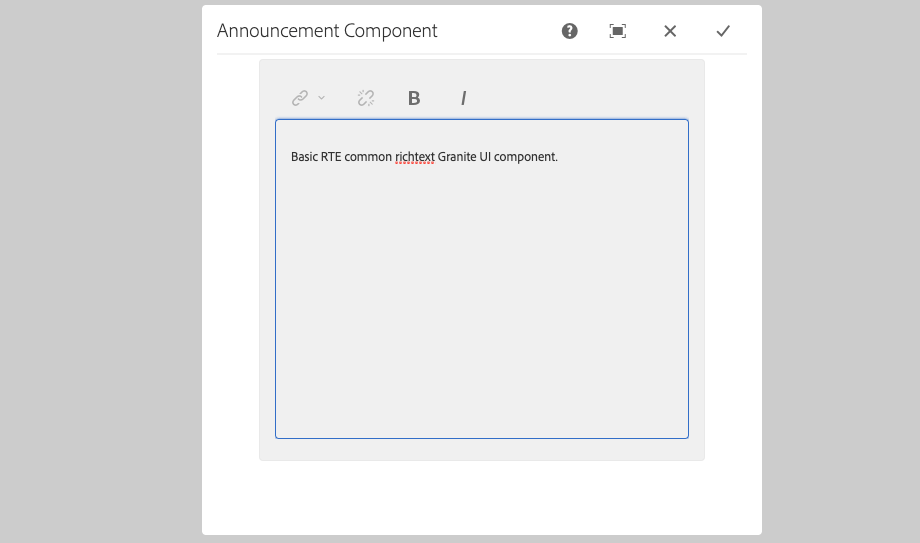 Hello, I am an Adobe AEM MVP & a certified Lead AEM Developer who is currently working as a Senior AEM Full Stack Developer at Whitbread, UK, London. I have 10 years of overall web engineering experience and 6 years of AEM experience in practice. I hope to give back to the AEM Full Stack Development community by sharing my knowledge with the world.
Website https://www.linkedin.com/in/briankasingli